Monsoon Tracker: After a slow start in June and a record-wet July, precipitation in much of the Southwest has been mostly absent since early August. The high-pressure ridge that helped hold Hurricane Harvey in place over Houston kept moisture from circulating into the Southwest. The seasonal transition also played a role, as the mid-to-late monsoon period is typically much less conducive to widespread monsoon activity. This year, the late-season monsoon has been particularly dry, with very few storms and limited tropical storm activity that might otherwise help boost seasonal totals (Fig. 3).

Drought and Water Supply: Most of Arizona and New Mexico are currently designated as not experiencing widespread drought conditions on the most recent U.S. Drought Monitor (Fig. 4). An exception is the borderlands region of southern Arizona, which has designations of D0 (abnormally dry) and D1 (moderate drought) conditions, likely due to both short- and long-term precipitation deficits (Figs. 5a-5b). The monsoon is challenging when it comes to assessing drought impacts, as precipitation events have high intensity and great spatial variability. Furthermore, runoff and evaporation also limit the monsoon’s ability to mitigate drought conditions over large areas.

Health and Environmental Safety – Tropical Storms: Late September brings the period when regional atmospheric circulation patterns increase the likelihood that tropical storms could reach the Southwest. Looking at storms such as Norbert and Odile in 2014 and Octave in 1983 reveals the possible impacts these storms can have in terms of their effect on public perception and planning, along with their actual potential for extreme flood events. Coastal communities can see direct landfall impacts of tropical storms, but for Arizona and New Mexico, tropical storm activity most often acts as a moisture source for enhanced precipitation in late summer and early fall. These events can be relatively major for our region and warrant preparedness planning, although the possible impacts are of a different scale compared to major hurricane landfalls.

El Niño Southern Oscillation: Models and forecasts continue to indicate ENSO-neutral as one possible outcome, but recent forecasts have increased their probabilities of a La Niña event this fall. The CPC/IRI calls for a 55- to 60-percent chance of a La Niña developing based on numerous models shifting towards weak La Niña conditions (see ENSO Tracker for more details). La Niña events typically bring warmer- and drier-than-average conditions to the Southwest during the cool season, but a weak strength tempers some of those effects. Regardless, these developments are worth keeping an eye on as we head into the cool season given lingering concerns about long-term drought and water storage in the Southwest over the past 15 years.

Precipitation and Temperature Forecast: The three-month outlook for October through December calls for equal chances of above- or below-average precipitation in Arizona and New Mexico (Fig. 6, top), and increased chances of above-normal temperatures for the entire southwestern United States (Fig. 6, bottom). 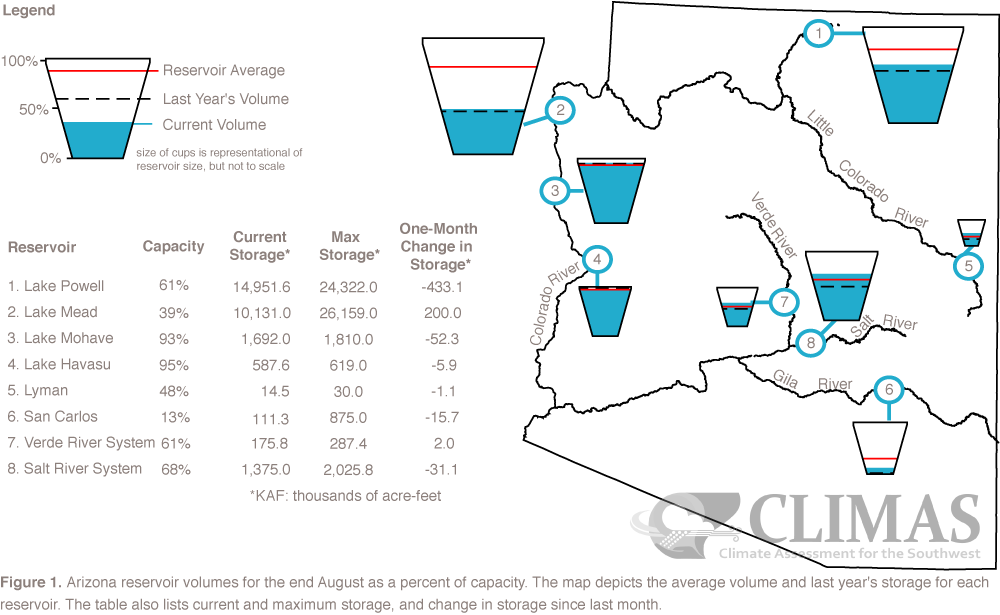 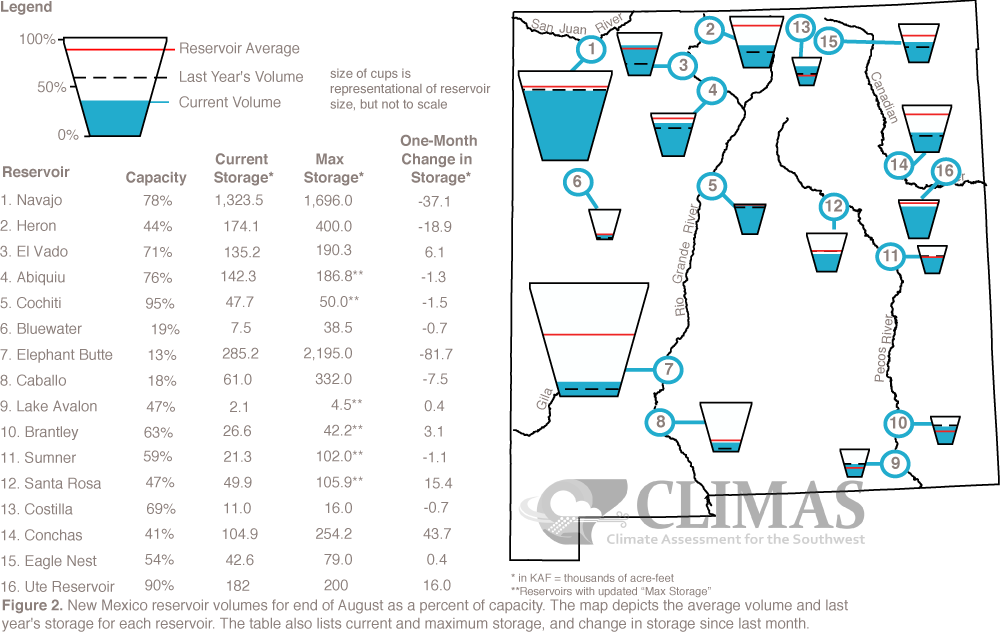