In the Jan 2015 Southwest Climate Outlook, we look back at 2014, including record temperatures for the Southwest, the recent trends in precipitation and drought, and forward into 2015 as we continue to wait for El Niño to give us a definitive answer.

Precipitation: After an exceptionally dry November, a number of storms pushed into the Southwest in December and early January, but overall precipitation totals were highly variable across Arizona and New Mexico (Fig. 1). 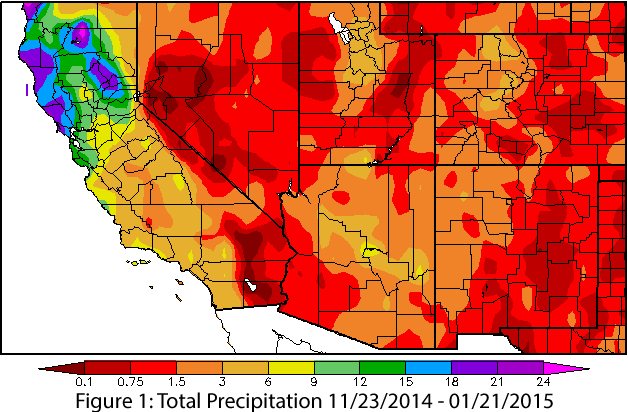 Temperature: December continued the yearlong trend of above-average temperatures, with Arizona logging the warmest year on record in 2014 (as did California and Nevada), and New Mexico at near-record levels (Fig. 2). The extended warm temperatures were in part attributable to well above-average humidity that extended long after the monsoon ended.  In particular, this kept nighttime lows above average, and we did not experience the typical pattern of cooling off and drying out in early fall. 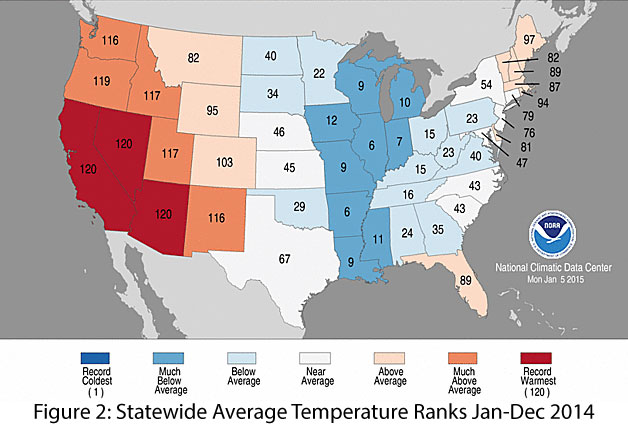 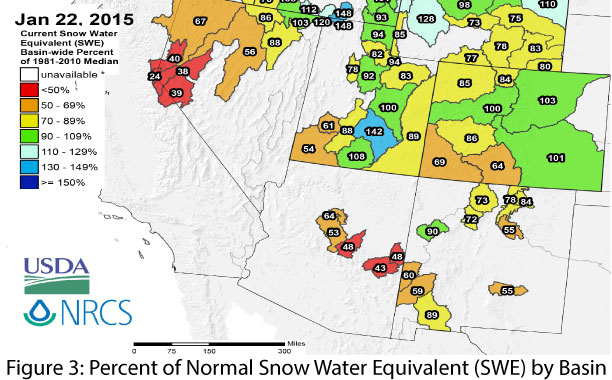 Drought: Continued consistent and repeated precipitation events, especially with El Niño-led above-average precipitation throughout the winter and spring, would push us in the right direction regarding long-term drought conditions. Alleviating the drought will take time however; widespread areas of the Southwest received well below-average precipitation over the past 12 to 36 months, with the Four Corners region, northeast New Mexico, and portions of southern Arizona experiencing the largest deficits in the past 12 months (Fig. 4). 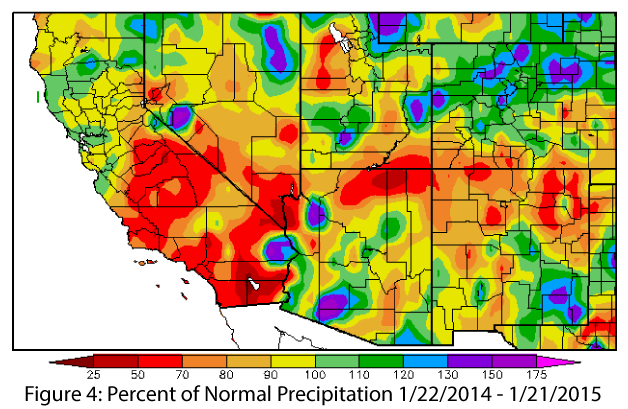 ENSO: The most recent NOAA-Climate Prediction Center forecast scaled back its forecast for El Niño this year, albeit only slightly.  Ongoing lack of atmospheric cooperation continues to sow confusion, despite generally above-average temperature anomalies in the Niño 3.4 region (see El Niño tracker, for details).

Precipitation Forecasts: The Jan. 15 NOAA-Climate Prediction Center seasonal outlook continues to predict above-average precipitation through the winter and into early spring for the southwest. This forecast is likely linked to El Niño-favorable conditions, but the extent of their impact remains to be seen (Fig. 5). 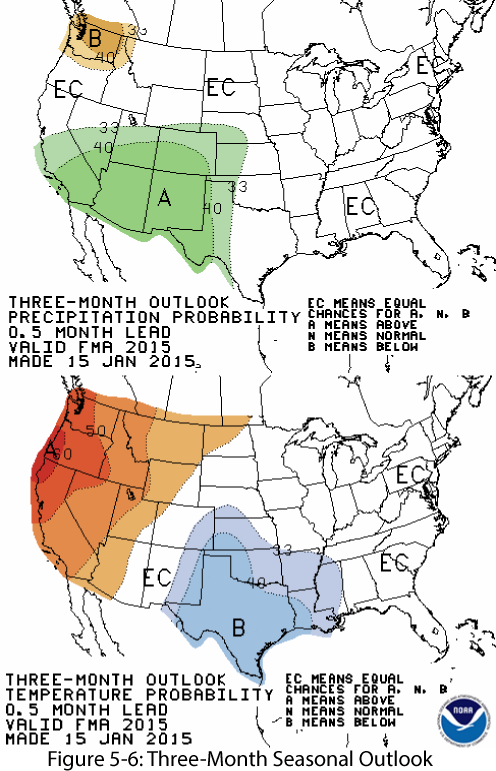